Whether you are a one-man real estate business or a global real estate network, Philips has the right solution for you. Digital dictation helps you cut administrative costs, save time by focusing on what is important and increase your overall efficiency.

The value of digital dictation and speech recognition

Agents are often very busy, spending their day travelling between properties and their office. When on site, agents often have to create property-for-sale descriptions and inventories for properties where tenancy agreements are being concluded or terminated. Without digital dictation, these reports are usually noted down on paper and then typed up when back in the office. This administrative task is often considered very time consuming and tedious. Precious time is wasted by having to write up reports “twice”. And even with an assistant the transcription can only be started once the agent physically returns back to their office.

With Philips dictation solutions such as the SpeechAir, the PocketMemo or the dictation recorder app , agents can dictate their property reports and inventories instead of having to write them down, which is on average seven times quicker. With the Philips dictation recorder app for example, agents can record the reports using their smartphone and send it to their office immediately. Photos can be attached to the recording too.

The Philips SpeechExec workflow software, simplifies the entire workflow even more and helps agents and their assistants keep organized. Coupled with the SpeechLive cloud dictation solution, they can even securely access their entire dictation workflow from anywhere, anytime. Speech recognition software such as Nuance NaturallySpeaking can also be used in conjunction and allows agents to have their files typed up by the software automatically and immediately. 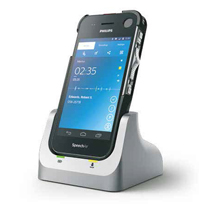 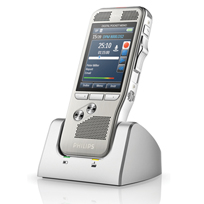